Jay Z x Jay Electronica – We Made It 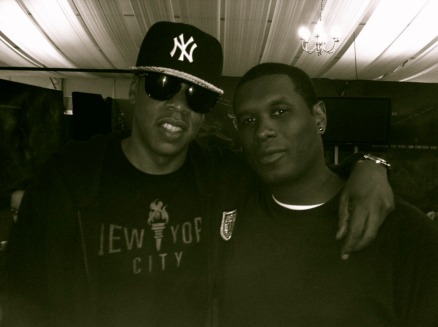 Well if you weren’t expecting your Sunday to get turned on its head, don’t press play below. Jay and Jay decided to drop “We Made It” this morning, and OH BOY. So many quotables here… I’ll leave you with a few before you listen on your own.

END_OF_DOCUMENT_TOKEN_TO_BE_REPLACED

F. Stokes – My Simple (My Small Town in the USA) END_OF_DOCUMENT_TOKEN_TO_BE_REPLACED

END_OF_DOCUMENT_TOKEN_TO_BE_REPLACED

The full version of Jay Z’s addition to the Great Gatsby Soundtrack “$100 Bill” dropped today. Full soundtrack comes out on May 7th, with the movie releasing May 10th. Don’t know which one we’re more excited for. Enjoy!

Oh you gon’ learn today. Produced by Swizz Beatz and Timbaland, Jay drops a track out of nowhere, titled “Open Letter.” The track features knocking drums, with King Hov out for blood, addressing everything from his divesting of the Brooklyn Nets, hanging with the Obama’s on the beach, and potentially buying a kilo from Chief Keef. Try to just play this song once, I dare you.

Don’t Say “I Love You” this Valentine’s Day

Don’t say “I love you” this Valentine’s Day, tell your honey how you really feel. Does your baby make your heart go bang bang? Do you think your girl is hotter than Kim Kardashian? Let your significant other know the truth. Send your valentine one of the cards below, inspired by music’s biggest stars.  Make sure to let us know which cards are your favorite, and any card ideas you may have. Who knew there were so many ways to say I love you?

END_OF_DOCUMENT_TOKEN_TO_BE_REPLACED

Music’s Super Bowl was last night, and the stars were out in full force. Thanks to a zero-tolerance policy for lip-syncing, all performances were required to be live, helping us decide who really has it. We took to Twitter to review this years Grammy awards. Take a look below, and let us know your thoughts from last night!

END_OF_DOCUMENT_TOKEN_TO_BE_REPLACED

Following his performance with Hov at the Grammys, JT released the second single off his upcoming 20/20 Experience album, “Mirrors.” Check it out below, and if you missed the “Suit & Tie/Pusher Love Girl” Grammy performance, hit the jump to watch it in full. If there were any remaining questions if Justin Timberlake still had it… well, they’ve been answered. Enjoy!

END_OF_DOCUMENT_TOKEN_TO_BE_REPLACED

After taking the Super Bowl to introduce two more new songs, JT drops the tracklist and visuals for his upcoming album, The 20/20 Experience. Set to drop March 19th and feature exclusive Timbaland production, the album will have 10 songs. Features (other than Jay-Z) are still unknown. Take a look! What do you think the album has in store? Tracklist after the jump.  END_OF_DOCUMENT_TOKEN_TO_BE_REPLACED

The Week that Was has been MIA for a couple of months, showing its head every once in a while. We’ve let our readers down. That’s why today marks the return… I’ve caught up on all the emails in the acityinthemidwest@gmail.com account (which you can submit music to at any time) and bring you a mega Week that Was. Think of it as a February gift. We’re back for good now. 20 tracks you need to check out. If you’d like any more information/would like to hear more of any of the artists featured, let us know and we’ll make it happen. Music is alive. Enjoy, tell your friends, and let us know what you think.

Young Dreams – First Days of Something

Wildcat! Wildcat! – Please and Thank You