Danny Brown brings us the visuals for one of Old‘s standout tracks, “25 Bucks.” The video follows Danny revisiting moments from his past, with Megan James of Purity Ring as the ghost-like spectator accompanying him. Check out the video below.

Rhymes so real thought I wrote it in Janis Joplin’s vomit.

Taking a break from his upcoming release OLD, Danny Brown releases “Hottest MC,” a direct response to MTV’s annual “Hottest MC” Countdown. The list has been coming under fire, with even Kanye West chiming in about his #7 ranking. Regardless, some awesome lines in this, and an overall more aggressive, focused feel to the track. Expecting big things from Danny, the album should be one of the best of 2013. Enjoy!

Baauer and Danny Brown Worst of Both Worlds Tour

Brazen Detroit rapper Danny Brown will team up with New York producer Baauer for a string of dates this April dubbed “The Worst of Both Worlds”  around their respective appearances at this year’s Coachella Festival. Baauer, the man behind the current Billboard number 1 hit “Harlem Shake”, has turned the party up across the world with his hip-hop influenced take on dance music. Fool’s Gold artist Danny has been hard at work finishing up Old, his follow-up to, XXX, the lauded 2011 record that help land him on the covers of XXL, The Fader and Wax Poetics, along with a coast-to-coast fall tour that had him performing along with fell 2012 standouts A$AP Rocky and Schoolboy Q. “The Worst of Both Worlds” kicks off April 9th in Houston, and runs through both weekends of Coachella.

Check the flyer below for dates and cities.

END_OF_DOCUMENT_TOKEN_TO_BE_REPLACED

Don’t Say “I Love You” this Valentine’s Day

Don’t say “I love you” this Valentine’s Day, tell your honey how you really feel. Does your baby make your heart go bang bang? Do you think your girl is hotter than Kim Kardashian? Let your significant other know the truth. Send your valentine one of the cards below, inspired by music’s biggest stars.  Make sure to let us know which cards are your favorite, and any card ideas you may have. Who knew there were so many ways to say I love you?

END_OF_DOCUMENT_TOKEN_TO_BE_REPLACED

First Danny Brown now Soulja Boy. Yes. This did actually happen. And while it may be pretty weird… the song sounds pretty…. good? We’re going with that for now. Take a listen below and let us know what you think.

END_OF_DOCUMENT_TOKEN_TO_BE_REPLACED

ACITM brings you a top 10 list of the videos you may have forgotten about, the ones you need to see again and the ultimate in the creme de la creme of music video cinematography from 2012. Check them out below and let us know if you agree with our picks!

END_OF_DOCUMENT_TOKEN_TO_BE_REPLACED

Filed under Features, Maggie, Music, News, Video of the Week

Whoa. The most star studded track off Rocky’s upcoming debut, delivers. The HitBoy beat sees every rapper absolutely kill their verses. Whoa man. I’m still reeling after that one. Press play below and prepare yourself, this one’s going to be talked about for a while. 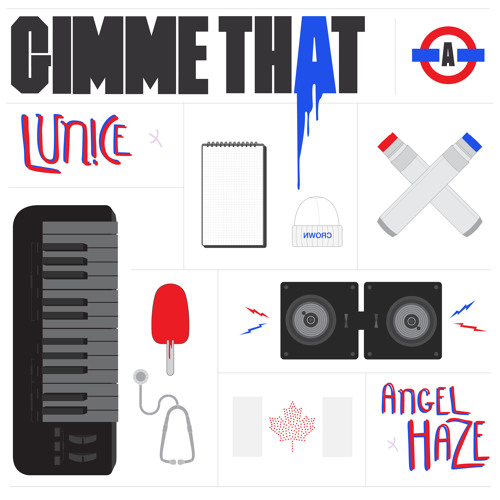 Fresh from her first ever London performance, Angel Haze and Luckyme producer Lunice – who just finished a gig at the Warehouse Project with Hudson Mohawke as TNGHT – met for the first time at Metropolis Studios, where they worked into the night creating a new song, from scratch. “Gimme That” is the latest in adidas originals and yours truly’s “Songs from Scratch” series that also includes Danny Brown & Araabmuzik’s “Molly Ringwlad,” and Joey Bada$$’ “Daily Routine.”

Danny Brown’s “WitIt” is basically the craziest, most futuristic rap song ever made, so why not a video like this? He got the nicest perm, i swear to gawwwwd! Directed by Bijoux Altamirano, check it out below and let us know what you think!

New music Wednesday! The “Week that Was” is here, with 9 great tracks for your listening pleasures. It’s getting colder, so hopefully some of these tracks can help warm you up. Listen and enjoy, let us know what you know and what we left out! Keep sending us music!

END_OF_DOCUMENT_TOKEN_TO_BE_REPLACED

Filed under Michael, Music, Week that Was