The sun was blazing, models were dancing and Red Bull was flowing at the exclusive Fool’s Gold Rap party last Saturday at the Red Bull Guest House in Miami featuring A-Trak. The event was absolutely the highlight of my Miami vacation, and one week later I’m still reminiscing and wishing I could go back. A-Trak spun gold per usual and introduced special guest Alchemist who also played an awesome set. I learned two very important lessons at the amazing rooftop pool party: 1. don’t keep your cellphone in your pocket because there is a 90% chance you will be thrown into the pool and 2. four Red Bulls in the span of two hours may be too many. I suggest you change into your bathing suit, turn on your heat lamp and turn up the mix below, pretending you’re in Miami at the #rbguesthouse tonight.

END_OF_DOCUMENT_TOKEN_TO_BE_REPLACED

I’m back from vacation in Miami and ready to share my favorites from SXSW! While most festivals take place on large, open fields, artists at SXSW performed at multiple small venues throughout the city, often at small bars- allowing fans an intimate experience with their favorite bands. Austin was a very cool city filled with food trucks, pedicabs and musicians on every corner hoping to get discovered. I loved it and can’t wait to go back next year. Below is a list of my top 5 favorite performances of SXSW.

I had not heard The Joy Formidable before SXSW, so when I saw a cute little blonde girl walk on stage, I expected a sweet, bubbly pop sound from the band. I could not have been more wrong. When lead vocalist Ritzy Bryan started jamming, she looked like she was ready to rip anyone’s heart out and bash it to pieces with her guitar. At one point during the show, Ritzy Bryan dropped the c-word, and I promised myself I would never judge a band by their appearance again. Drawing from alternative rock and punk influences, The Joy Formidable put on a loud, headbanging, impressive performance.

Frank Turner stumbled onto stage Saturday night for one of the last performances of SXSW and announced he was drunk. I have never seen a more charming drunk man. Armed with a heavy English accent and a guitar, Frank Turner proved he was an entertainer. The audience belted out the lyrics to every one of the folk-rock songs, and I felt like I was standing in the middle of a campfire sing-along. At one point during the show, Frank Turner admitted that his original love for punk came from Blink-182 and performed an acoustic cover of the 90s classic “Dammit.” Performing in front of The Revival Tour banner, Frank Turner invited the rest of the members of the upcoming tour onto stage with him to sing “Photosynthesis.” A drunken, happy group of musicians sang/screamed into the mics “And I won’t sit down, and I won’t shut up, but most of all I will not grow up.” It was great.

3. Fitz and the Tantrums

The Fitz and the Tantrums live performance was phenomenal. Lead singers Michael Fitzpatrick and Noelle Scaggs killed each soul-infused song vocally. They let the audience know that they loved to dance (as if that wasn’t evident already by their non-stop insane dance moves throughout the show – the band had serious moves), and the tent became a sweat machine as the audience joined in on the dance party. Noelle Scaggs’ tambourine skills were unreal as she morphed her body into a rhythm machine, swinging and swaying her body together with her instrument. The band also admitted that they had a special place in their hearts for SXSW, because they were discovered at the 2010 music festival. There is no doubt that Fitz and the Tantrums put on the wildest and most energetic performance of the entire festival.

There has been a lot of buzz about Solange Knowles lately, and rightfully so- the girl has soul. Her music is unique from her sister Beyonce’s, but her dancing abilities aren’t; Solange grooved on stage in her bright orange getup on the Stubbs stage and jammed with her band. This performance made my top 5 list, because it was a nice added spice to the rest of the shows. Solange’s sound is smooth with a bit of funk and a lot of soul and it was fun to watch an artist have so much fun on stage.

Twin Falls is Chris Carrabba’s (better known as “The Dashboard Confessional Heartthrob’s”) new band. With bluegrass influences and a folk-infused sound, the band is composed of 3 guys and a girl – Chris Carrabba, Jonathan Clark, Ben Homola and Suzie Zeldin. The recently formed band put on an intimate and sweet outdoor performance at the Cedar Street Courtyard late Saturday night. My favorite part of this performance came right at the end, when Chris Carrabba answered an audience member’s request, basically told his haters that they could screw themselves, and sang the 10-year-old hit “Hands Down” for a mesmerized crowd. Chris Carrabba crooned the emo song into the mic, and the audience sang along to every lyric. It may have taken 10 years, but it was kind of amazing to have Chris Carrabba perform the song I obsessed over during my middle school days a foot away from me; it was a welcome surprise to have a teenage dream realized during SXSW.

ACITM where you at? MIA for a bit, traveling everywhere from Miami, Austin, France, Dublin, and Valencia. Back with the music video for A$AP Rocky’s Skrillex produced banger “Wild for the Night.” The video features the boys spending time in the Dominican Republic, riding mini motor cycles through the streets, walking around with strapped 8 year olds as protection, and playing the track for the DR crowd in a small venue, a size neither have seen probably in years. Awesome video, wonder what the budget was on this one. Watch below!

Chance the Rapper drops the latest single from Acid Rap, with video included, called “Good Ass Intro.” A soulful mixed house-bounce euphoric, proclaiming Chance is back “Even better than the last time.” We’re counting down the days for this thing to release. Listen and watch below, enjoy!

Closed Sessions is awesome.  The label is owned and operated by Alexander Fruchter, rubyhornet founder, and Michael Kolar, the Owner/Chief Engineer of SoundScape Studios. They continuously bring together the best in Chicago hip hop, this time linking up Closed Sessions artist Alex Wiley with Kids These Days supaMC Vic Mensa, all over Chuck Inglish production. Made before kick off the the Super Bowl, you can check out a documentary about the pairing after the jump. Enjoy!

END_OF_DOCUMENT_TOKEN_TO_BE_REPLACED

Lupe took to twitter to release “Light Blue,” a track made just for practice, like a gymnast or piano player would do, said Fiasco. Forget about all the controversy surrounding the Chicago MC and we see he’s a damn good rapper. Stream and download the track below. 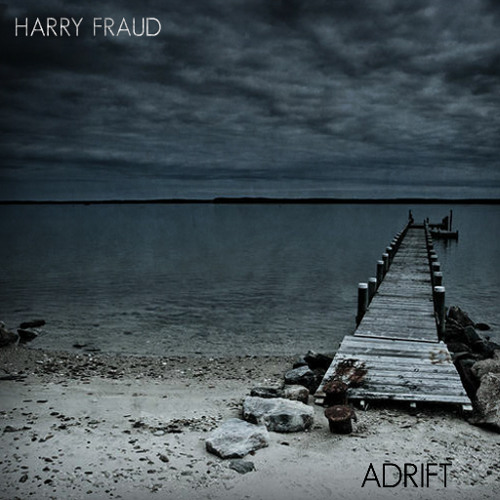 END_OF_DOCUMENT_TOKEN_TO_BE_REPLACED

I love posting a “Week that Was” with bands and rappers that I’ve never blogged about before. A great mix of music from all over the world. Make sure to keep sending us music and let us know what you think! If you’re feelin’ down, start with Jahan Lennon. If you’re feelin’ stressed, play the Generationals. If you’re trying to party, go straight to Kill Paris. Music for everyone. Enjoy!

END_OF_DOCUMENT_TOKEN_TO_BE_REPLACED

The Savemoney takeover continues. Joey Purp drops his latest single, “Marvin.” Working on a follow up to The Purple Tape, Joey slays the soulful backed beat.

Rhymes so real thought I wrote it in Janis Joplin’s vomit.

Taking a break from his upcoming release OLD, Danny Brown releases “Hottest MC,” a direct response to MTV’s annual “Hottest MC” Countdown. The list has been coming under fire, with even Kanye West chiming in about his #7 ranking. Regardless, some awesome lines in this, and an overall more aggressive, focused feel to the track. Expecting big things from Danny, the album should be one of the best of 2013. Enjoy!